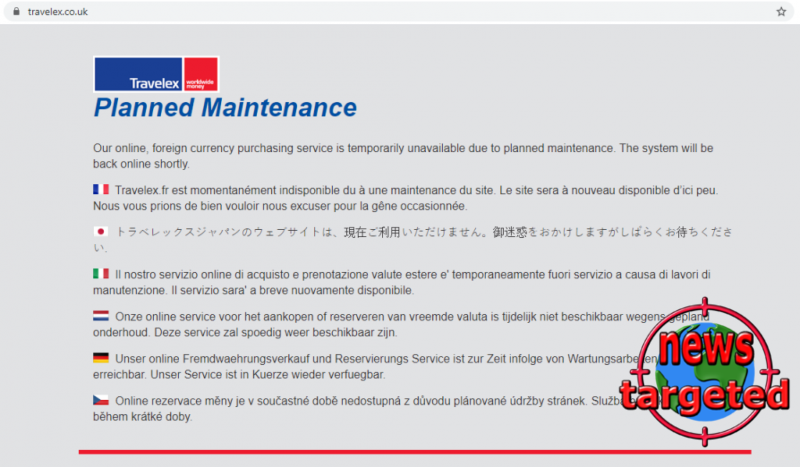 While everyone was busy on New Year’s Eve in welcoming the calendrical change,  cybercriminals were busy “working”.

The evidence backing this statement came from the cyber attack on foreign currency exchange Travelex. Recently, Travelex has confirmed a malware attack hit its systems, following which, its services went down.

As experienced by users, and confirmed by the service, Travelex services went down following the malware attack.

The exchange clearly defined the incident as a ‘malware’ attack. Sharing their statement in a tweet, Travelex mentioned,

The disruptions also caused severe problems for the users in withdrawing money.

Security Measures And Maintenance Underway After the online services of Travelex went down, the company had to manage serving customers by providing exchange manually.

They also engaged cybersecurity experts to resolve the matter. However, until the time of writing this article, the Travelex website is still down.

While Travelex is still striving to restore their services, they assure that the incident did not affect customers’ data. For any queries, customers can contact them via their official twitter account where they are actively responding. Before Travelex, numerous other incidents affecting different businesses also surfaced online towards the end of 2019. Some of the affected services include Poloniex cryptocurrency exchange, telemarketing firm The Heritage Company, IT service provider Synoptek, and a US Maritime facility.