Did you send anything but regretted right afterward?

Did you send anything but regretted right afterward?

Regular Facebook users do not have this option. If you have sent a message, it is impossible to retrieve it. You can, of course, remove the message so that it does not appear in Messenger for you, but for the other party, the message will still be present.

Tested on Android
In April, Facebook revealed that they will implement an attack function in the future so that sent messages can be deleted within a certain amount of time.

When this feature is launched for the large user base, so far, it has not been known. But now Facebook has started testing the function. An "Undo Send" button has now been found, just above the "Delete Message" button in the Messenger code for the Android app.

This may remind you of Gmail's attack function, which gives you 30 seconds to change your mind after an email has been sent. How long you spend on Messenger, do not know.

It was Android user Jane Manchun Wong who via Twitter shared screenshots that show the feature,

Do you want an attack button? 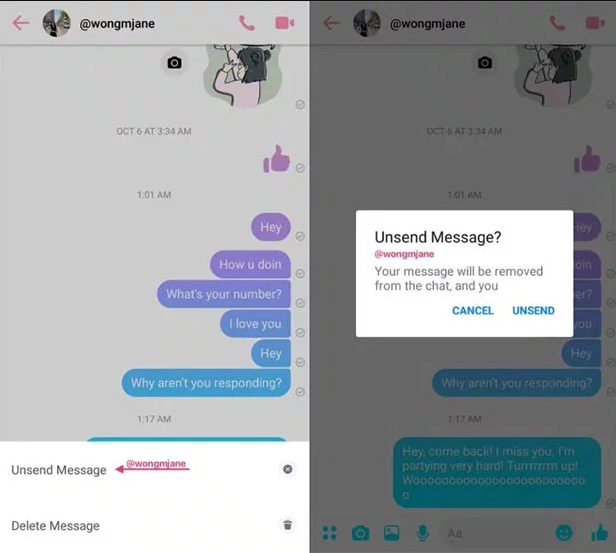