Thousands march in Germany in support of Turkey's President Erdogan 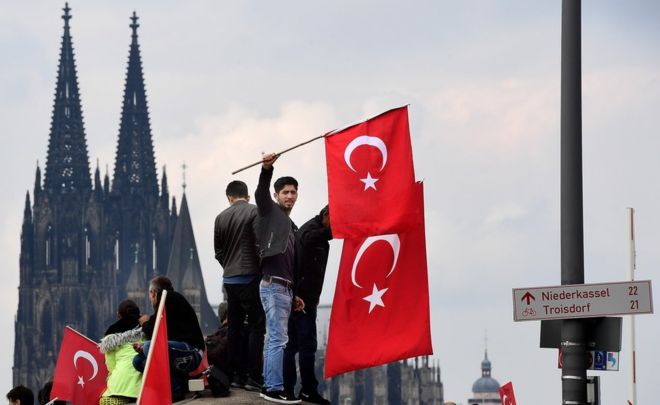 Mr Erdogan had planned to address the rally in the city of Cologne, held to denounce an attempted coup two weeks ago, by video link.

But on Saturday, Germany's Constitutional Court banned the speech from being broadcast.

An estimated three million people of Turkish origin live in Germany, the majority of whom voted for Mr Erdogan's AKP party in the last Turkish election, according to the Turkish Communities in Germany organisation.

"We are here because our compatriots in Germany advocate democracy and are against the attempted military coup," Turkey's German-born Sport and Youth Minister Akif Cagatay Kilic said in Cologne.

A message by Mr Erdogan, thanking the demonstrators for their support, was read out. 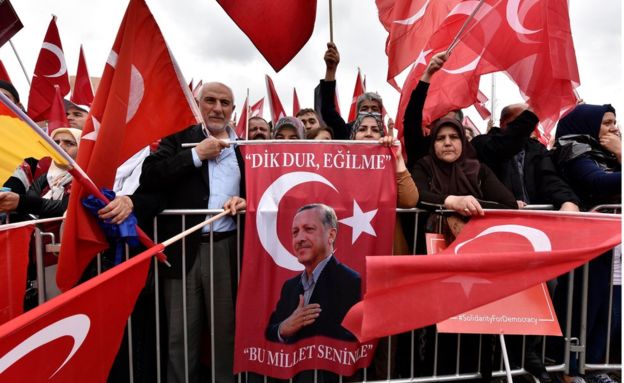 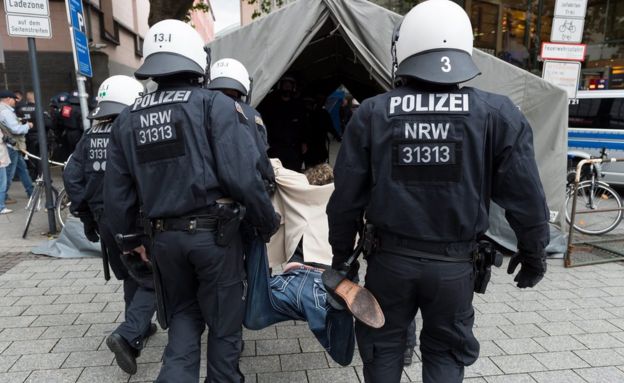 Police broke up one demonstration by a far-right group

"It is said so often that this is the pro-Erdogan rally but it is not, it is an anti-coup demonstration," said one woman, Kevser Demir. "And I think that it is a duty of humanity to stay against such a coup."

Close to 2,700 police officers were deployed in Cologne. A far-right rally was held at the same time, but participants were kept far away from the Turkish demonstrators.

A handful of counter-protesters were also in attendance. One, Gulistan Gul, said it was crucial to speak out against Mr Erdogan.

German media said the court ruling was made because of concerns about public order.

Turkey's EU Affairs Minister Omer Celik had condemned the decision in a series of tweets.

Turkey's government has sacked another 1,389 soldiers accused of being linked to the coup attempt on 15 July, in which rebels tried to oust President Erdogan.

This raises the number of military dismissals above 3,000 since the failed coup.