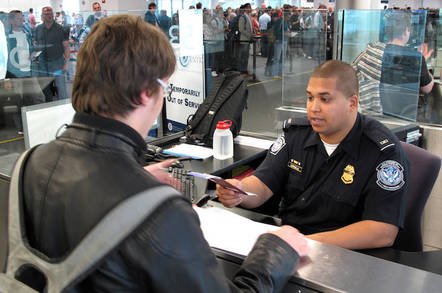 When Andreas Gal refused, he was threatened with charges.

When Andreas Gal refused, he was threatened with charges.

The former CFO of Mozilla, and now Apple employees Andreas Gal, claims he was questioned for three hours by US border police after landing at the San Francisco airport last year.

The reason should have been that Gal refused to unlock the phone and the computer when the police asked him to do so.

The incident should have happened on November 29 last year when he landed in the US after a Europe trip.

Performed aggressively
Gal went through customs when customs inspectors asked him to follow them. They took his passport and placed him in a room with three armed police officers with bulletproof vests.

The police should then have questioned him, according to Gal in an aggressive manner, questioning his journey, working conditions and his past in Mozilla. They went through his luggage and demanded that Gal unlock his iPhone XS and Macbook Pro.
The units were clearly marked in large writing: "This is Apple's property. Proprietary. "

Wanted to call Apple - was not allowed
Gal, who had also signed a confidential agreement with Apple, then asked to call his employer or lawyer to investigate if he could get into trouble by unlocking the devices. However, he was not allowed to do so. Then Gal got enough and cited the constitutional rights that prohibit crawling without a search order.

The police should then have told Gal that he has no constitutional or legal protection, and then threatened him with charges because he would not comply with the crawl requirement.

Random?
Finally, Gal left the airport with his possessions without any charge against him. However, his "Global Entry" pass, which can be used to get past the runners, was forfeited as punishment for Gal's not cooperating with the police.

"My previous work on encryption and privacy is well documented, as are my thoughts on the Trump administration and my story with significant campaign donations to Democrat candidates," says Gal.

He speculates that this was why he became a target for the border police.

Sent complaint
The former Mozilla top has now engaged the ACLU to find out if the police have violated any of his rights. The watchdog, who ensures that the citizens' civil rights are respected, has now filed a complaint with the Security Ministry in the USA, where they, among other things, ask them to investigate whether border guards can have broken the law.

Andreas Gal has written about his experience on the website Medium.