Sources: Bing problems in China are due to technical errors 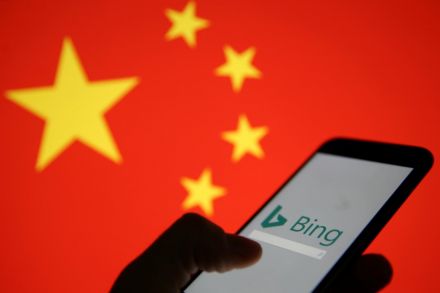 The order must have come from the top team.

The order must have come from the top team.

A number of media claimed Thursday that the authorities in China have chosen to block access to Microsoft's search engine Bing. New Information Bloomberg sits on, however, suggesting that it is not due to a conscious choice to block the service. Sources of knowledge of the case claim to Bloomberg that the downtime is due to technical problems and not an attempt at censorship. This article is updated continuously.
Microsoft's Bing is now blocked in China. The search engine thus joins the range of Western network services that are being banned in the country. Previously, services like Facebook, Twitter, Instagram, and Twitch are blocked.

Up to now, Bing has been allowed in the country because the search engine has censored some search results, in line with Chinese government requirements.

But during Wednesday this week, Bing became unavailable in China.

Microsoft: - Consider what to do
The Financial Times has spoken to the state-owned telecom giant China Unicom - the company claims the blocking order has come from the Chinese authorities.

Microsoft has also confirmed the incident.

- We have confirmed that Bing is currently unavailable in China. Now we'll find out what our next steps are, Microsoft said in a statement.