Why Microsoft would want to acquire Discord, which is reportedly exploring a $10B-plus sale

The gaming-focused VoIP app Discord is reportedly on the market, and it’s possible that Microsoft might be the buyer.

VentureBeat’s Dean Takahashi reported Monday that Discord is in final negotiations about a sale with an unspecified buyer, and has been in “active discussions” with a few others. The purchase price could be well north of $10 billion. 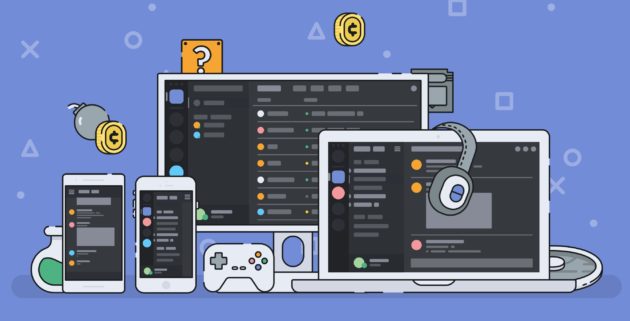 Update: Bloomberg reports that Microsoft is “in the running” for a deal to acquire Discord.

Discord is a popular app used by millions of gamers for low-latency voice chat and other communication. Due to social distancing measures and the general growth of the video game industry, Discord nearly doubled its userbase and saw revenue spike to $130 million in 2020. It was valued at $7 billion in December and is reportedly not yet profitable.

The reported asking price puts a lot of companies out of the running to acquire Discord. Facebook would be an obvious candidate, but it’s currently under antitrust investigation, as are other giants such as Amazon, Google, and Apple.

That would seem to leave Microsoft as the last real domestic contender here. It has preexisting ties to Discord, as you can already link your Xbox account directly to the service; it’s certainly got the money, with $131 billion in total cash as of Dec. 31; and it’s reportedly still in the market for more gaming-focused acquisitions, even after finalizing its purchase of ZeniMax Media earlier this month.

It does raise the question, however, of just how much more Microsoft can realistically expect to acquire this year before it gets an antitrust suit of its own.

Discord’s ubiquity would make it a strong pick-up for any games publisher. With millions of players already on the platform, Discord would present a natural target for marketing efforts and cross-promotion. The flip side, of course, is that Discord’s independence is currently a non-trivial part of its appeal, and theoretically Microsoft-owned Discord would likely force a significant migration to another platform.

Discord initially launched in May 2015, as an alternative to other contemporary VoIP software like Ventrilo and Mumble. In online games such as League of Legends and World of Warcraft, having a low-impact, low-latency voice chat program is an important part of strategies and communication with other players, and Discord was designed to address that need.

The program currently also features instant messaging, chat rooms, voice and video calls, Xbox Live integration, and the ability to join up to 100 servers simultaneously. Base access to the service is free, but customers can pay a subscription fee to join Discord Nitro and gain several exclusive perks.

As of right now, Discord is nearly inescapable in the gaming space. It takes about a minute to open a new public or private Discord channel for any given topic, complete with voice chat, image hosting, and browser access. There are specific Discord servers for subjects as granular as how to play a single class in a single MMORPG, or a particular character in fighting games like Street Fighter V.

A dark horse contender for a Discord buyer could be Epic Games, which was recently speculated to be valued at $28 billion. The Fortnite publisher, headquartered in Cary, N.C., made headlines earlier this month when it purchased the parent company of Mediatonic, the UK-based developer of last summer’s viral hit game Fall Guys: Ultimate Knockout. It has also made a number of lower-key acquisitions in 2021, including RAD Game Tools in Kirkland, Wash., and Manchester’s Cubic Motion, which specializes in facial animation technology.

It’s important to note here, of course, that this is still a rumor, albeit a widespread one. Discord has been up for sale before, in 2018, and decided to stay independent then. It could do so now. If a major company were to buy it, though, that could lead to another seismic shift in the gaming landscape in a period of time that’s already been notoriously shaky.