Facebook has chosen not to pay for links to news that appear in the service. 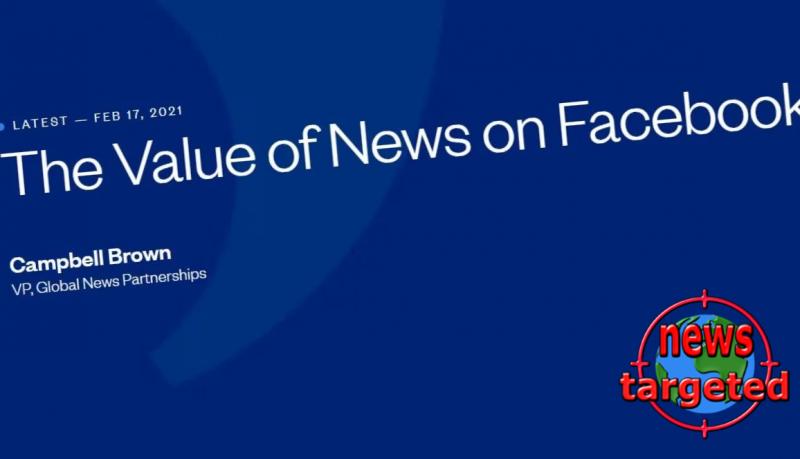 Facebook has made it almost unthinkable
Since the company has chosen that path, they can no longer serve news in Australia and are now actively blocking news from Australian sources. It should also not be possible for users to share international articles.

The news comes at a time when Google has agreed on link sharing with News Corp. who, among other things, owns The Wall Street Journal.

The company says they are developing Facebook News and other services, and that News will be rolled out in several countries. This indicates that the company wants greater control before they eventually join an agreement, because we doubt that this situation will persist.
This is not the first time the big technology companies are having issues with publishers, this case is from 2019:

FACEBOOK'S CAMPBELL BROWN EXPLAINS: “TODAY WE MAKED AN INCREDIBLY DIFFICULT DECISION TO LIMIT THE AVAILABILITY OF NEWS ON FACEBOOK IN AUSTRALIA. WHAT THE PROPOSED LAW DOES NOT RECOGNIZE IS THE BASIC TYPE OF RELATIONSHIP BETWEEN OUR PLATFORM AND THE PUBLISHERS. ”

Furthermore, Brown believes that “contrary to what some have suggested, Facebook does not steal content. Publishers choose to share their stories on Facebook. From finding new readers to gaining new subscribers and increasing revenue, news organizations would not use Facebook if it did not help their bottom line. But we believe we can do more, and through the Facebook Journalism Project, we have the right resources and team in place to bring innovation to the future of digital news. ”

Brown thus believes that Facebook gives the newspapers added value in the form of more readers and therefore more advertising money, and that for that reason it does not make sense to also pay for it.

If you visit the BBC's Africa section, the Facebook page is empty in the country: