There’s something in the iPad Air for enterprise IT

Will the new A14 Bionic chip appear in future Macs? And how much more performance can Apple tweak from the 5nm design? 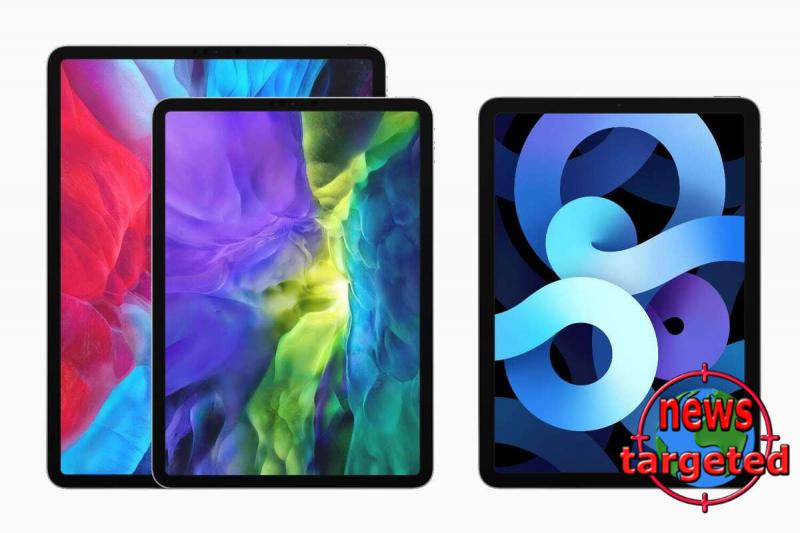 As anticipated, Apple on Tuesday announced new watches, iPads, and services; you can read all about these products here. But two announcements stand out as particularly interesting for enterprise users:

The iPad Air 4 and the A14 Bionic processor it contains.

A breath of iPad Air
Apple’s fourth-gen iPad Air was the star of the virtual show, primarily because the tablet now contains Apple’s most powerful A14 processor. Isn’t yet available in any other product including the iPad Pro or iPhone, but it will be.

Available from October from $599 or $729 (cellular), here’s the spec sheet for the new tablet:

With its larger screen, better camera, and iOS 14, iPad Air seems set to deliver the kind of performance needed to get even more complex tasks done. This should make it an excellent second or third device for knowledge workers – and welcome addition to the arsenal of anyone working from home.

From an enterprise perspective, these iPads seem to promise more of what you need when it comes to replacing legacy systems with mobile devices. However, what’s really important to the enterprise story is the processor inside.

The Schrodinger genie
Armed with an ARM reference design, Apple’s chip development teams have worked with fabricator TSMC to create a world-first 5-nanometer chip inside a mass-market device. The A14 Bionic represents a triumph of ingenuity that hasn’t yet been matched at scale by anyone else.

For reference, Apple’s first self-developed A4 chip was built on a 45nm process, while the A13 processor used inside iPhone 11 is a 7nm design. We know that TSMC is moving into a position to produce 3nm chips by around 2022-2024.

Jolly good, but so what?

The "so what" is that these chips promise new realms of performance, much lower power requirements, and – while making their debut in the iPad Air – will very likely also be inside the iPhone 12 and future Apple Silicon Macs.

That means that what these processors can do is important not just for the iPad Air, but across all Apple’s platforms. As enterprises migrate to Apple devices, it matters.

First, I’ve extracted all the technical specifications I can find from Apple's detailed hardware info:

When is comparison not a comparison?
It is worth pointing out that many of the speed comparisons Apple made are in contrast to the A12 processor in the former iPad Air. So how does that compare to Apple's current A13 series chip?

Anandtech estimates it as around 16% faster than the A13 Bionic, with around an 8.3% increase in GPU performance. That publication states:

“In other areas, Apple is boasting more significant performance jumps such as the new 16-core neural engine which now sports up to 11TOPs inferencing throughput, which is over double the 5TOPs of the A12 and 83% more than the estimated 6TOPs of the A13 neural engine.”

However, it is worth noting Apple to be quite capable of tweaking its chip designs to exploit different hardware pieces.

Think about the A12. That processor family includes the A12Z Bionic and A12X Bionic chips used in different iPad Pro models and the A12 Bionic as used in iPad Air, mini, and iPhone XS and XR devices. A glance at Geekbench shows the Z series of that chip delivers significantly higher benchmark scores than the others.

The takeaway here is that Apple can likely still squeeze further performance out of the design, depending on the device it powers. The larger the device, the more speed it can clock as the heat dissipation improves, I suppose.

What we don’t know (yet)
We’d usually anticipate the new processor would appear inside the next-generation iPhone first. That this didn’t happen this year likely reflects a decision made in response to COVID-19 more than anything else.

What we don’t know (yet) is whether this new processor will be deployed inside the first Apple Silicon Macs. The Mac mini systems provided to developers have provided impressive performance and use A12Z chips. Will Apple stick with that processor, deploy A13 chips, or migrate Macs directly to the all-new A14 series? Would it damage public perception of Apple Silicon Macs if it declined to equip them with the all-new processor used in iPads and iPhones, or is this a risk Apple is prepared to take as it attempts to define the boundaries between its sundry hardware product families?

At the same time, for enterprise users, the fact that Macs are about to become cutting edge devices for machine-learning applications at a time when business users are making increasingly large investments in data analytics systems means the processor inside the iPad Air demands attention.

Not to mention the fact that at this price, iPad Air 4 seems like a useful enterprise tool in its own right. These things have ML inside, not Intel.

It remains to be seen if this will be a good thing.