Chrome OS is getting a super-Googley new superpower — and if we're lucky, Android might soon follow suit. 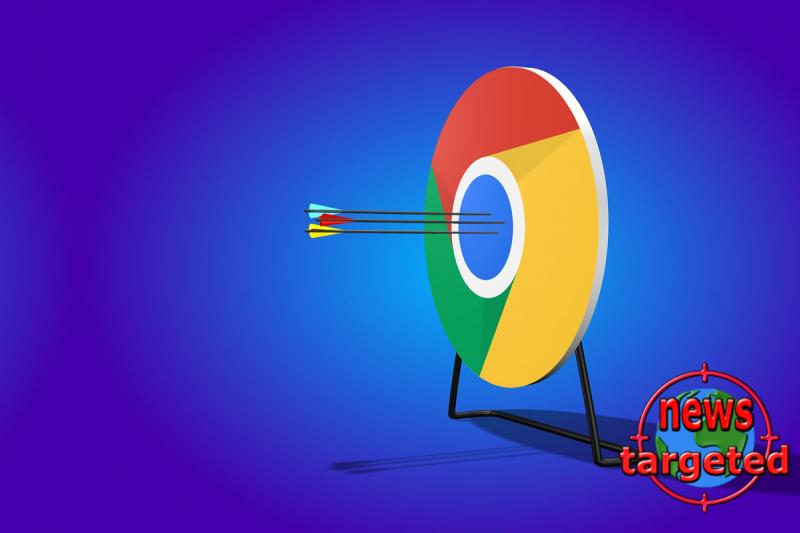 Google's Chrome OS platform is a lot of different things. It's a simple place for web-centric computing. It's a natural extension of Android and the future of the "Android tablet." It's a place to run Linux apps — and soon, if you're in the right enterprise environment, a place to run Windows apps, too (!).

Chrome OS has truly become the "everything OS" — a colossal shift from its initial position as the "nothing OS" when it first showed up on our doorsteps many moons ago. But aside from appealing to people with all of those aforementioned qualities, the humble Chromebook is slowly but surely gaining a new purpose and unique advantage over its competitors.

It's something that's been shaping up subtly for a while but that Google is now openly promoting and pushing forward, and it's an asset so obvious-seeming, it's almost shocking that it hasn't been tapped into 'til now. It's the Chromebook's role as the ultimate Google machine — a single device where Google's services and search prowess come together in a singularly streamlined way. And if you think it's no big deal, well, you're missing the bigger picture.

It was more of a passing side note than any bold declaration, but Google actually laid out its vision for this new Chrome OS superpower in a blog post this week. The post was about new features coming into the Chrome OS environment as part of September's hefty operating system update. A smarter cross-device Wi-Fi password syncing system, a simplified system settings interface, and a more accessible mic-level slider were the headlining items. But casually dropped in the middle of the post was a quietly important paragraph:

Soon, you’ll also be able to search through settings from the Launcher. This is a big step in helping the Launcher work like an "everything button" — our vision is to create one place for you to access Google Search, your Drive, settings, apps, local files, and more. So you can hit one button, type what you’re looking for, and then your Chromebook will intelligently figure out what to find for you.

[Get fresh Googley insight in your inbox every Friday with JR's Android Intelligence newsletter. Exclusive extras await!]
It's easy to brush that away as a modest expansion, but having that all-in-one, "everything button" function really can impact your day-to-day work and ability to get stuff done. To some degree, that Chrome OS Launcher button has acted as a bit of an "everything button" for a while now, but the "everything" part of it has had a handful of missing elements — and Google hasn't done an especially great job of publicizing its multipurpose nature and making sure we mortal Chromebook owners appreciate its potential.

But with its new powers coming into play, that button — represented by a magnifying glass icon on most Chromebooks and (somewhat confusingly, with random-seeming inconsistency) a circle on Google's own Pixelbook line of devices — could almost be described as a "Google button." Tap it, and in the one box that comes up, you can:

That last part is huge, especially for anyone who also uses Assistant on Android or on a Smart Display. And Assistant on Chrome OS can do some impressively helpful stuff — everything from creating new documents to controlling your calendar and interacting with your cross-device reminders.

There's just one catch: On most current Chromebooks, the Assistant remains frustratingly detached from the main Launcher experience. It's connected but also separate from the rest of the Launcher setup: If you want to interact with Assistant, you have to either click or tap an Assistant icon within the initial Launcher search box or press the Launcher key and "A" key together to pull it up.

On Google's own Pixelbook line of devices, though, Assistant is integrated into the Launcher seamlessly — and my goodness, what a difference that makes. You just start typing into the single Launcher search box, and whatever's most appropriate comes up automatically as the top suggestion — whether that's an app

It's a seemingly subtle distinction but a significant one when it comes to real-world impact. Having Assistant right there, integrated in with everything else, makes it feel like a natural extension of the operating system. And it makes the idea of this "everything button" — the "Google button" — feel powerful and complete. Quite honestly, it's something you resent not having when you work on Chrome OS and then go back to a more traditional operating system environment.

(And here's a little secret: You can actually get that native Assistant Launcher integration on any current Chromebook, even if it doesn't have the Pixel branding. I'll share the specific steps in my newsletter on Friday.)

Factor in Google's ongoing plan to turn the Play Store into a unified, all-in-one Chromebook app market, and you can see how the long-scattered pieces of the Chrome OS ecosystem are finally starting to coalesce into something sensible.

Chrome OS is on the brink of becoming the place where Google's best capabilities come together to form a whole new kind of connected experience. It's an exciting new start for intelligent desktop computing — and beyond that, it shows us the type of thoroughly connected Google experience Android could, should, and hopefully one day will also provide.