With the Chromium-based version of Edge now in place, Microsoft is looking to move on from its older browsers – IE11 and the original Edge. 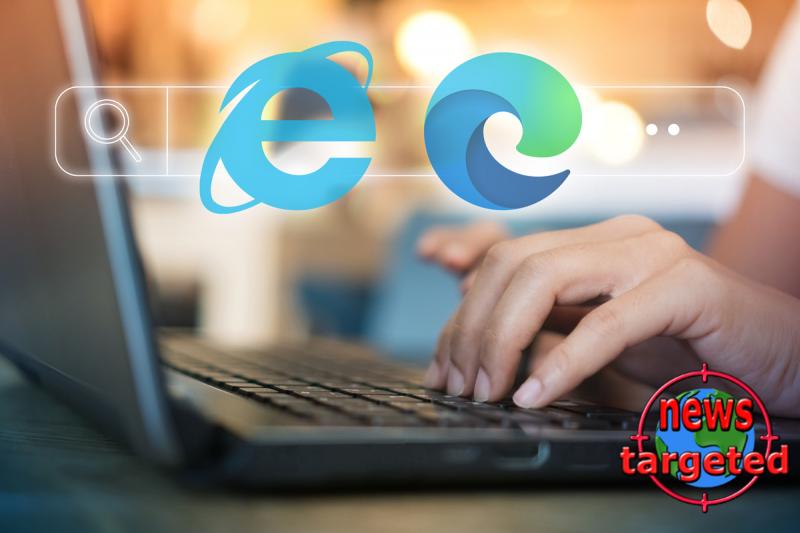 Microsoft on Monday set dates for nudging Internet Explorer (IE) toward the grave and for ending security support of the original circa-2015 Edge browser.

Neither announcement was unexpected. Microsoft reduced IE – notably the final edition, IE11 – to second-rate status more than four years ago, when it halted the development of the browser. And once the Redmond, Wash. developer released a stable, production-grade version of its reworked Edge, the one built with technologies from the Google-dominated Chromium open-source project, it was only a matter of time before the company axed the legacy Edge.

The earlier version debuted alongside Windows 10 in July 2015.

Although Microsoft bundled the announcements into a single post to a company-run blog, each end-of-support decision – one regarding IE11, the other the 2015 Edge – was aimed at separate, if sometimes overlapping, constituencies.

One year to IE11's 'degraded experience' with Microsoft 365
Ironically, the hammer will fall lightest on IE11: Only the browser's ability to connect with Microsoft 365 applications and services will be affected by the impending deadlines.

Here's what will happen and when.

(Microsoft is using Microsoft 365 as a generic label; the same deadlines will obviously hold for the apps and services provided by Office 365, the older and less expensive software subscription.)

The support stoppage will not be a clear-cut matter, Microsoft explained, essentially saying that IE11 may continue to connect with and operate on such apps as Teams and services as SharePoint, past the set deadlines. Instead, the end of support will result in a gradual decline in functionality. Think of it as IE11 entropy.

While the vague explanation will immediately have customers confused – Will IE11 connect to the app or not? – it's in keeping with how Microsoft typically defines the end of support. However, one moment of clarity came when Microsoft confirmed that the cutoff also applies to the IE Mode baked into Chromium Edge.

"Using Internet Explorer mode in the new Microsoft Edge will not help to extend IE 11 access," Microsoft said. That makes sense since what IE mode does is call up designated sites using IE's Trident engine rather than Edge's Chromium.

Old Edge gets risky in March
The second announcement Monday centered on the original Edge, which Microsoft tagged as "Legacy" to separate it from the newer browser based on Chromium.

Here's what will happen and when to Edge Legacy on the desktop.

This deadline carries more certitude. After that date – a little less than seven months from now – vulnerabilities found or reported in Edge Legacy will not be patched by Microsoft. The browser will continue to work as before, but running it will come with some risk as users won't know whether unfixed flaws exist that criminals could exploit.

"Now that we've shipped the new Microsoft Edge, and upgraded most of our Windows 10 customers to the new browser, we're ending support for the Microsoft Edge Legacy desktop app," Microsoft said.

In June, Microsoft began replacing Edge Legacy with Chromium Edge on some PCs, avoiding those powered by Windows 10 Enterprise, Windows 10 Education, and Windows 10 Workstation Pro, as well as devices running Home or Pro that are managed by the organization's IT.

Microsoft cited the fact that it had "upgraded most of our Windows 10 customers to the new browser" as the reason for quashing Edge Legacy's security support.

Customers wedded to Legacy Edge who have not been automatically upgraded by Microsoft to Chromium Edge – a firm that relies on Windows 10 Enterprise, for instance – will have to adopt a different browser by March 9, 2021, to avoid potentially-risky surfing. Naturally, Microsoft wants those customers to grab Chromium Edge. To that end, it offers FastTrack assistance free of charge to customers with 150 or more paid Windows 10 Enterprise licenses.