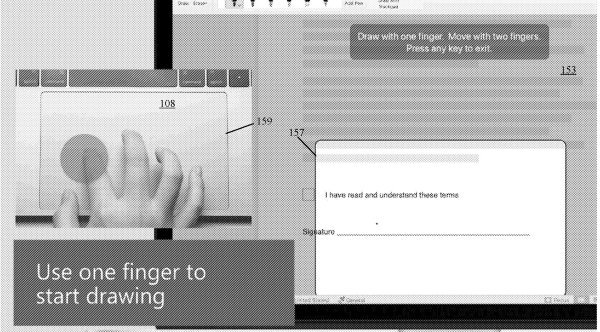 The patent that was applied by Microsoft in January became public only this month. It goes to suggest that Microsoft has been planning to bring modern touch-based controls to old generation non-touch laptops for quite some time now.

Well, this could be a significant move in particular. Microsoft’s Your Phone app allows users to stream Android apps to Windows 10 PC.

Microsoft has already made it clear that some of those Android apps won’t work with Windows 10 PC since they are primarily designed for touch screen control. As a result, the same apps won’t work properly on Windows 10 machines using a keyboard and mouse.

It remains to be seen how the actual implementation will take place. However, this is highly likely to benefit touchscreen-based Android apps that users may want to stream on their Windows 10 PC, courtesy of Your Phone app.

Well, we can safely assume Windows 10 users can stream multiple Android apps simultaneously in the near future.

Earlier this week, Microsoft revealed the all-new Surface Duo in all its glory. Microsoft Surface Duo is a foldable device that runs Google’s Android operating system. The device is likely to give competitors a run for their money.