GitHub wants to be more like a social media service to keep the developers engaged with its website. The Microsoft-owned source code management service currently hosts more than 50 million developers on its platform. Apparently, Microsoft has plans to make the overall coding experience on GitHub more interactive than it already is. 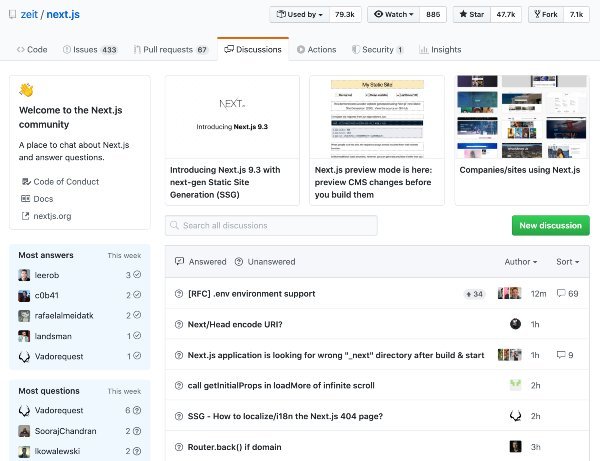 GitHub Discussions
Microsoft took charge of GitHub in 2018, and ever since then, GitHub has been through some serious platform-level changes. GitHub already has Discussions, a way for software developers to collaborate outside the codebase, and Microsoft clearly doesn’t want to stop there.

“Software communities don’t just write code together. They brainstorm feature ideas, help new users get their bearings, and collaborate on best ways to use the software,” GitHub said.

GitHub wants to go beyond a linear approach when it comes to addressing issues and pull requests. While a linear format may be suited for merging code, GitHub says it comes nowhere close to creating a community knowledge base.

“Conversations need their own place—that’s what GitHub Discussions is for,” the company added.

Getting started with GitHub Discussions
Discussions will be available in project repositories where developers work together in communities. Discussions enable forum-like threaded format. This way, developers can engage with unstructured conversations, start new conversations, and respond to the existing ones.

Microsoft will soon make GitHub Discussions available to other projects.

Earlier, GitHub stored a 21 terabyte of active repositories into a vault in a frozen Norwegian mountain as part of its Archive Program. Thanks to GitHub Arctic Code Vault, GitHub took a snapshot of all active public repositories on the website to archive in the vault, courtesy of 186 reels of digital photosensitive archival film.