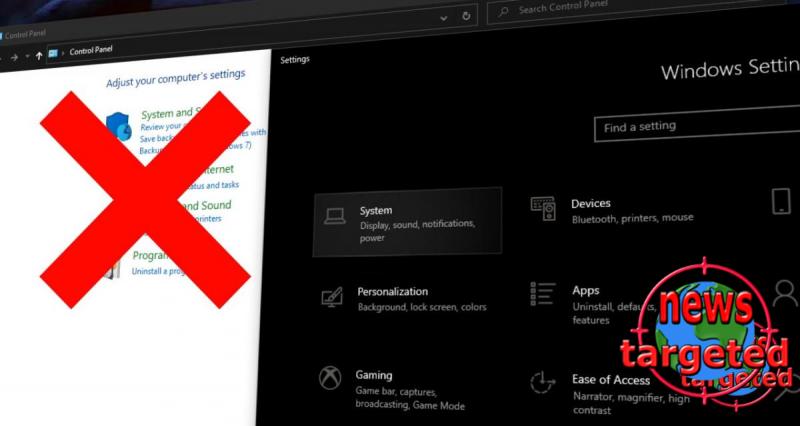 There are still two settings menus in Windows 10: the relatively new one that uses the interface of the OS, and the old one that offers a number of features many still appreciate, but which have an older Windows 7 interface that does not fit.

The old control panel is probably on its way, but when will it happen?
Windows expert Rafael Rivera has revealed, using Mach2, which searches Microsoft's beta versions for changes, and found references to hiding "HideSystemControlPanel".

How about collecting all the settings as we are familiar with them from the old menu to the new one, and at the same time let's have several modern settings windows up at the same time?
Therefore, you probably need some registry hacking to bring up the classic settings menu in future Windows versions, if such a stunt does not crash explorer.exe…

The look is far from the only problem
It is also a strange approach to direct link to the old settings menu for additional features (on the right), from the modern interface.

We do not know what to do with this, they have somehow dug into a corner and will have to do a lot of extra work if they want users to understand how they change key functions and how they control sound, devices, networks, and printers.