TikTok is one of the world's largest social media giants with its 1.5 billion users. But the security of the app has been anything but satisfactory - security company Check Point Research can reveal.

False SMS
The company has discovered that personal information, such as private addresses and e-mail addresses, has been exposed for a long time. Not only one vulnerability has been detected, but several, says Check Point Research.

Through a fake SMS containing a malicious link, the attackers could take over TikTok accounts and manipulate the content, for example by deleting videos, uploading unauthorized videos, and publishing private or "hidden" videos. 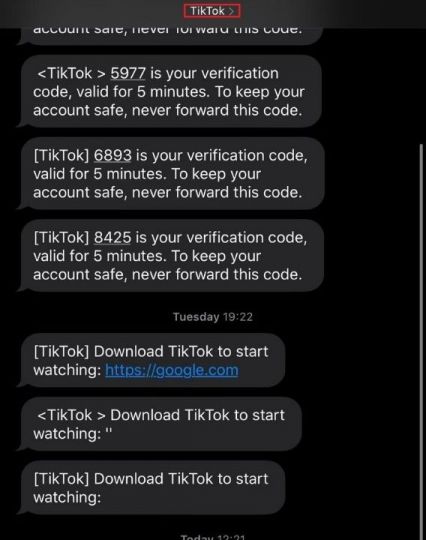 - Data usage is extensive and security breaches are becoming epidemic, and our latest research in the area shows that the most popular apps are still at risk. Social media applications are very vulnerable to vulnerability because they represent a good attack surface. Hackers use huge sums of money and effort to penetrate these huge applications. Most users still live under the condition that they are protected through the app they use, says Nils-Ove Gamlem, chief technology officer at Check Point Norway.

Notified TikTok - bug fix launched
Check Point Research's investigations also revealed that TikTok's subdomain, https://ads.tiktok.com, was vulnerable to XXS attacks. This is a type of attack where malicious script is placed on usually reliable websites. According to the researchers, this vulnerability could be used to steal personal information, including email addresses and gender and birth date information.

After the findings were discovered, Check Point Research provided information to TikTok. The company should have initiated internal investigations and a bug fix that sealed the holes was later launched.

- TikTok is committed to protecting user data. Like many organizations, we encourage serious security researchers to report zero-day vulnerabilities to us. Prior to publication, all reported events were patched in the latest version of our app, in agreement with Check Point. We hope this successful solution will stimulate a future collaboration with security researchers, says Luke Deshotel of the TikTok Security Team.

Here's how to attack: