Why you can still upgrade to Windows 10 for free 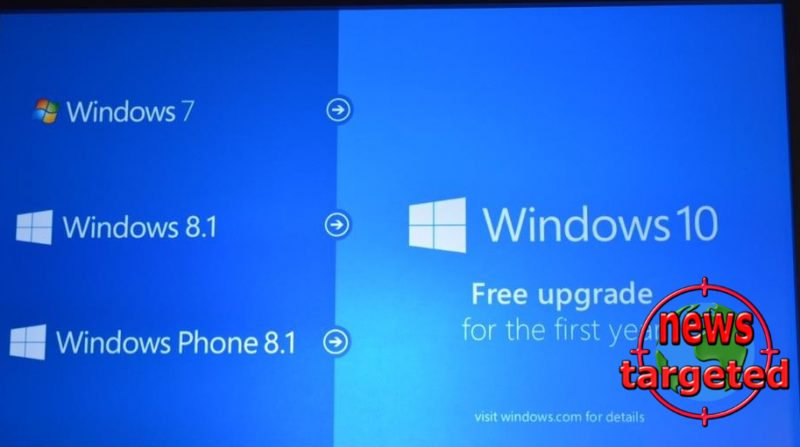 Use the Windows 7 key.

In a few weeks, Microsoft's official Windows 7 support will end. Of course, the company wants you to upgrade to Windows 10 as soon as possible.

When Windows 10 was launched in 2015, Microsoft offered a free upgrade for Windows 8, 8.1 and 7 users. Although many took advantage of the offer, there were also many who would wait until Windows 10 had become more mature.

Today it really costs money to get a Windows 10 license. But is it possible to get this OS for free, without resorting to piracy?

Never stopped
Many people believe that the free offer ended in 2016, but that doesn't quite match.

Just this has been discussed on Reddit for the past 24 hours. Several in this thread confirm that they have successfully upgraded to Windows 10 from Windows 7 without paying. Note that this only applies to the system upgrade - the method mentioned in this case does not work with a clean installation.

"As Windows 7 support nears the end, I just wanted to remind people that Microsoft still allows free upgrading to Windows 10," writes the thread starter on Reddit.

The Windows 7 key gives you enabled Windows 10 installation
In short, the upgrade process works the same as in 2016. You can easily and easily download Windows 10 1909 Media Creation Tool from Microsoft's official website.

Once this tool is downloaded, you can begin the upgrade process by running the tool on your Windows 7 system. By using the Windows 7 license key, you get an activated Windows 10 installation as a result.

A Reddit user who calls himself CokeRobot and claims to work in Microsoft may confirm that the method still works.

Well, I guess the cat’s out of the bag…

I work at Microsoft and have been since before the Windows 10 launch. That whole “free” upgrade for a year was fully marketing fluff. After the cut off happened, the direction given was that it requires a paid license HOWEVER, this was brought up by the brick and mortar stores that they were doing simple clock changes on customer devices during the upgrade challenge to get around it and then ultimately it was clear two years later that anything Windows 7 and up would go to 10 fully activated and still to this day.

WDG didn’t care pretty much at all because Terry Meyerson at the time cared more about his upgrade stats than license revenue as Windows isn’t Microsoft’s cash cow anymore. It’s the same stance back in the day where Microsoft would allow Windows Updates on pirated copies of Windows 7 as the bigger picture was to thwart security threats based from those copies.

You still can do this no problem, however careful, do an upgrade keeping everything as if you choose to yeet everything and start fresh, you lose your free upgrade. That old 7 license converts to a 10 digital license and from there you can clean install no problem. As for audits, this mainly is for volume licensing than anything. An SMB with 10-200 Windows 7 machines that were OEM licensed don’t really matter.

If you try this with 1,000 computers, iffy. At the end of the day, Microsoft had four years to close that loophole and never did so if worse came to worse, you could technically go through legal avenues as the EULA for 10 literally doesn’t have a clause for this at all. You can’t shit on someone taking advantage of an activation workaround when you as the manufacturer never closed it.