- Do you see the consequences of this? 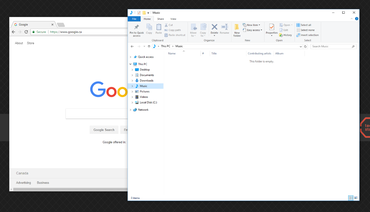 - Do you see the consequences of this?

This week, thousands of Chrome users experienced that their browser suddenly stopped working.

The users were greeted by a white screen and there was nothing the users could do. The error did not occur to ordinary consumers but hit businesses where users access Chrome through Windows Server environments, such as Citrix.

No one realized where the error was
Many hundreds of thousands of employees suddenly couldn't use Chrome to access the Internet anymore. IT administrators scratched their heads and understood little of what was going on. As many companies lock users into a single browser, many employees failed to do their job.

“This has had a huge impact on all our Call Center agents who have not had the opportunity to chat with our members. We've spent an hour and a half trying to fix this, "a representative for the Costco company wrote on Chrome's bug reporting page.

It now appears that the error was caused by a Chrome Experiment, specifically "WebContents Occlusion". According to Google, this is an experimental Chrome feature that puts tabs to sleep when users move other app windows on top of Chrome. The idea of ​​the feature is to reduce Chrome's resource use when not in active use. To date, the feature has been under test in Chrome Canary and Chrome Beta for several months in 2019.

Rolled out the change to stable Chrome edition
But this week, Google decided to expand testing. They chose to test the feature of the stable version of Chrome. So things didn't go as planned.

"The experiment has been in beta for about 5 months. It was turned on for the stable version via an experiment that was launched for Chrome on Tuesday morning, "explains Chrome engineer David Bienvenu.

The Google team has now pushed a new browser configuration file to all Chrome users. The experimental feature is now disabled.

But Google's explanation of the incident does not fall into the ground of everyone affected by the error.

"How many tens of thousands of dollars has this error cost everyone? This is starting to look like a pretty big mistake on Google's part, "writes a system administrator on the Chrome forum.

Considering getting rid of Chrome
For many IT administrators, Tuesday and parts of Wednesday were spent diagnosing the Chrome bug. Many companies thought the error was with them, not with Google.

“We've been careful to roll out changes in a controlled way to avoid these types of scenarios, and we spent most of yesterday trying to figure out if an internal change had occurred in our environment without us knowing it. We did not realize that such an event could occur in Chrome. We are already discussing alternative solutions - none of them are great - but this is unsustainable, ”writes another.