HMD Global / Nokia unveiled several new products at this year's IFA trade show, and this time there is the talk of new mid-range mobiles.

More specifically, these are the successors of Nokia 6.1 and Nokia 7.1, ie Nokia 6.2 and Nokia 6.2. Both models come with a 6.3 ″ full HD display with a water drop bus pocket. The panels also feature Nokia's "PureDisplay" technology.

Watch the boast video of Nokia 6.2:

The Nokia 7.2 also boasts an impressive camera system. It has three sensors, a 48-megapixel main lens, a 8-megapixel wide-angle lens (118 degrees), and a 5-megapixel depth-sensing sensor.

The Nokia 6.2, in turn, has a main camera of 16 megapixels, a wide-angle lens (118 degrees) of 8 megapixels and a depth-sensing sensor.

Apart from this, the phones are quite similar - both come with 4GB of RAM and a 3,500mAh battery. You can also easily access Google Assistant thanks to a dedicated back button.

Did you miss Nokia's presentation at IFA? See it again here!

The phone for rough use
HMD Global, which now owns the Nokia brand, also showed off a phone called the Nokia 800 Tough. As the name implies, this is a phone that is designed to withstand harsh handling. It runs KaiOS, which means this is not exactly a smartphone. But it's not a classic stupid phone either, because it has both YouTube and Whatsapp installed.

The classic returns
The blur was also pulled by the Nokia 2720. The classic, which is a pat phone, is resurrecting. This phone also runs KaiOS, so don't expect the most advanced features. And yes, it is true that this can be seen as a Doro competitor.

HMD Global claims that the fully wireless earbuds, along with the charging case, can give you 150 hours of listening time before the battery needs charging. That sounds undeniably impressive. They are IPX7 certified, which means they are waterproof.

Nokia Power Earbuds launch in Europe in October and cost $ 87. The Norwegian price is currently unknown. 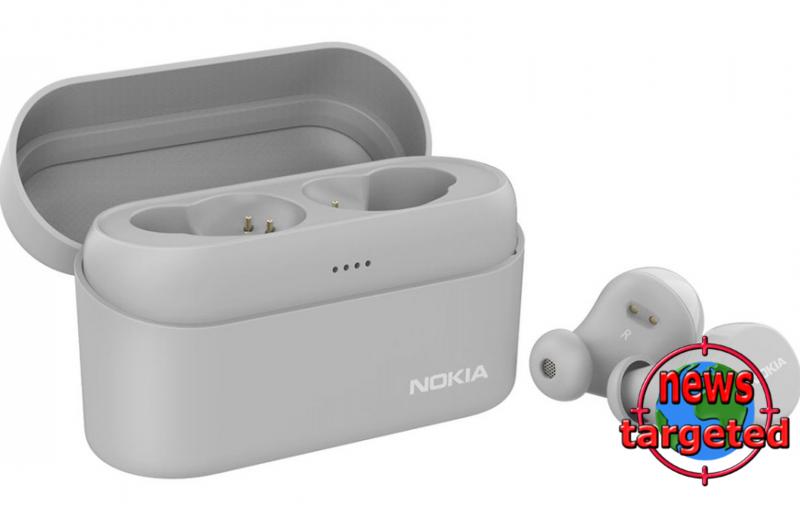