Apple will move much of its production away from China

Apple chief Tim Cook announced a year and a half ago that they would invest heavily in expanding with workplaces, manufacturing, and data centers in the United States. The provision came as a result of the Trump Government's policy of bringing jobs back from China to the United States and giving a new economic boost to the country. 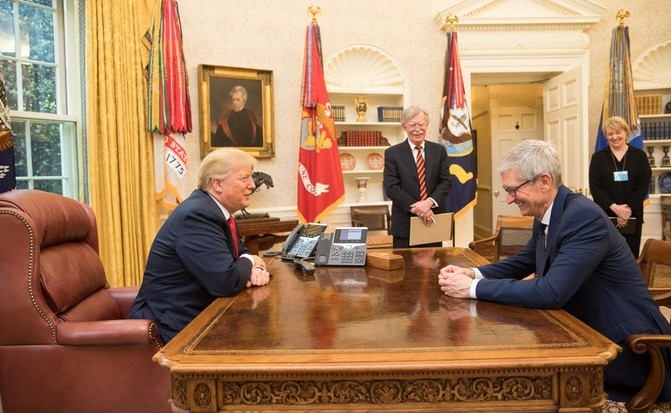 The company still has large parts of its production in China, but the five-year plan is not only to move much back to the US - but also to alternative Asian countries. The trade wars between the United States and China have led many small and large US companies to look for countries other than China, or they choose to bring jobs back to their home countries.

More current countries
According to a message from Nikkei Asia Review, Apple now has to move between 15 and 30 percent of its hardware products to other countries in Southeast Asia. Although no specific country is listed in the report, it is likely to assume that Apple can move a lot of business to countries such as Taiwan or Vietnam.

These are countries that have already begun to show competition against China in several areas, and these countries also have no tariff for exports to the United States. Countries outside Asia, such as India, may also be relevant.

Greater spread - Less risk
Tim Cook has previously stated that he dislikes being tied too strongly to China - in terms of political unrest and risk of trade warfare, tariffs, or blockades. Currently, 90 percent of their iPhone phones are made in the country. Therefore, it is probably also a strategic choice they are now making by spreading the risk a little more - and rather reducing their presence in China to a minimum.