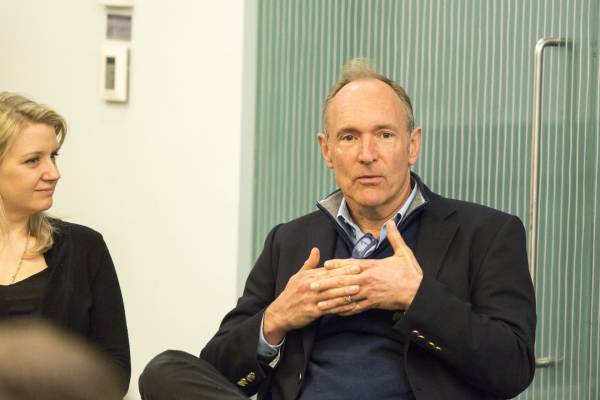 Must give control back to users.

Sir Tim Berners-Lee is the man who invented the World Wide Web in the late 1980's. About 30 years later he has plans for a new Internet.

Must give control back to users.

Sir Tim Berners-Lee is the man who invented the World Wide Web in the late 1980's. About 30 years later he has plans for a new Internet.

A decentralized platform
Berners-Lee is behind the launcher Inrupt who wants to give users control over their data. This via the Solid platform lets users choose how to save their data, including photos, music, calendar entries, contacts, health and fitness data and much more.

Together with others at the Massachusetts Institute of Technology (MIT), he has built the Solid Platform, which is described as a decentralized network platform. Berners-Lee is now taking a one-year break from MIT to work exclusively with Inrupt.

- We have to do it now. It's a historic moment, says the man behind the world's web to Fast Company. He explains that the motivation behind the Solid platform is the disclosure that Facebook allowed users' data to be obtained by political groups.

Allows users to take control
Opposite the site, Berners-Lee explains that he believes Solid will attract interest from internet activists, developers and hackers who are not interested in controlling the Internet by the big companies and authorities.

Fast Company describes one of the apps Berners-Lee shows them, for a mix of Google Drive, Microsoft Outlook, Slack, Spotify and WhatsApp. The app is a website that gives the user easy overview of things like to-do, calendar, conversations and address book. The uniqueness of the solution is that it uses Solid's decentralized technology and that all information is under the control of the user, not a company.

All data entered by the user is in a Solid POD (an abbreviation for staff online data store) - all Solid users want their own POD - and it is only the person who has access to the information and everything added.

It starts in the fall
In addition, Inrupt is working with a decentralized edition of Amazon's voice assistant, Alexa. This is called Charlie, and here it is the user who owns and has access to all the data being input.

That way, users will rely on Charlie to provide information about children's school events, health records and personal finance.

Starting this week, developers around the world can build decentralized apps for the Solid platform.

Do you think Berner Lee will succeed with Solid?