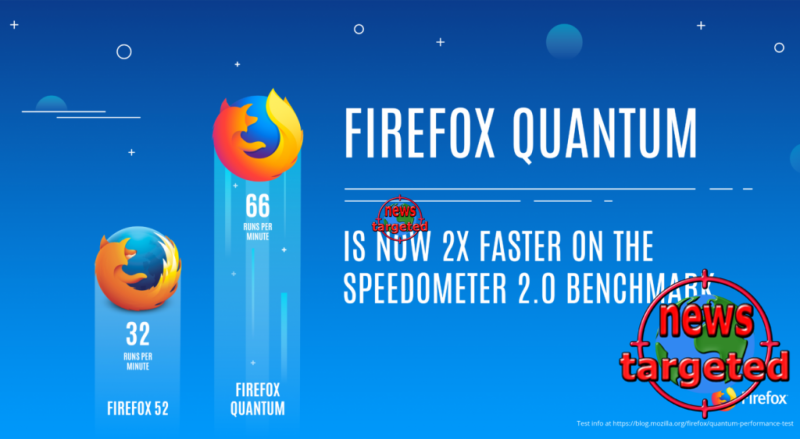 The browser has been completely refurbished.

About two months ago, Mozilla announced a major update to Firefox, called "Quantum".

The browser has been completely refurbished.

About two months ago, Mozilla announced a major update to Firefox, called "Quantum".

Lover overriding speeds
Today, beta testing is over and today you can download a stable version of Firefox Quantum that will be twice as fast as Firefox was a year ago. «Quantum» has a new browser engine built for PCs with multi-core processors.

According to Mozilla, Firefox Quantum uses 30 percent less memory than Chrome even though the browser is faster. It remains to be seen if the company delivers on that front.

Updated user interface
In addition to improvements under the hood, Mozilla introduces a number of adjustments to the user interface that are now optimized for High DPI and touchscreen by menus and the like resizing based on whether the mouse cursor or finger is pressed.

A new library collects bookmarks, downloads, tabs, screenshots and Pocket (as Mozilla bought at the beginning of the year).

Are you going to test Firefox Quantum?