According to Speedtest's Global Index this month, Norway thinks on top of the high speed mobile broadband speed list.

According to Speedtest's Global Index this month, Norway thinks on top of the high speed mobile broadband speed list.

Norway has thus gone from an average rate of 31.09 Mbps and a 11th place in August 2016 to first place in just twelve months.

Telenor removed the maximum limit
This is primarily due to the fact that the country's largest operator, Telenor, removed the speed limits on the 4G network in September 2016, says Ookla, who is behind speedtest.net.

"Having the fastest mobile speeds in the world creates an advantageous climate for new digital solutions in all areas of society - from health services to transport to entertainment services," says Ookla.

"We can hardly wait to see what innovations are being developed as a result of this.

Not as good at broadband
However, when it comes to broadband over the landline, Norway is not in the top. There we get in 19th place with 57.78 Mbps on average and must see us beaten by nations Singapore and South Korea with 154.38 Mbps and 125.60 Mbps, respectively.

The survey is done on the basis of "billions of forbidden-initiated tests taken worldwide with Speedtest." 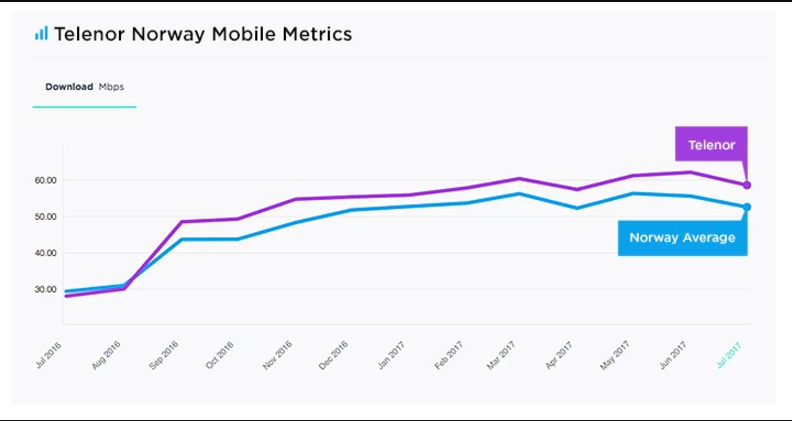