See as they punish Take-Two.

The players are angry with the publishers of GTA.

See as they punish Take-Two.

The players are angry with the publishers of GTA.

Called Take-Two
So angry that GTA V on Steam has fallen from very positive to very negative. Only 13 percent of nearly 40,000 reviews have been positive in the last 30 days. The game has the score 6 out of 10.

The numbers are now:

A change.org campaign has now reached its goal with over 50,000 signatures.

- Yes, it's multiplayer
The people behind the tool point out that it does not work in multiplayer and "does not harm anyone", except the people who have this as a hobby - several tens of thousands have apparently been beyond the tool either as a user or mud.

Rockstar, on its part, claims the opposite of what should be a message from the company three days ago, uploaded on the same change.org page. There the company claims that the opposition was a nuisance to the game's online communities and GTA Online. 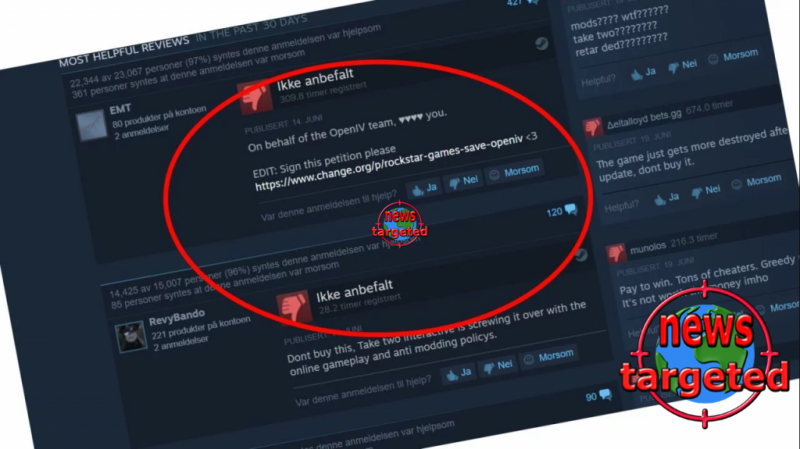