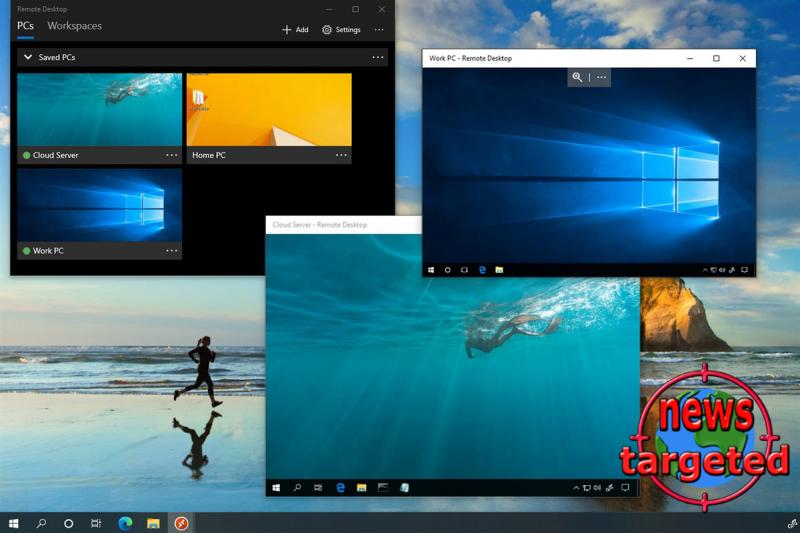 As Apple’s major Mac event looms, more information concerning Microsoft’s cunning plan to let Apple devices run Windows leaks…, and it looks as if it’s all in the cloud.

Microsoft Cloud PC
As has been previously reported, Microsoft is developing a virtualized windows experience called Cloud PC. This turns whatever system you are using into a thin client that can access remote Windows desktops and software, including Microsoft Office.

We’re told this is a cloud-based Windows experience that will apparently be provided as part of Microsoft 365. Fresh information from regular Microsoft leaker ‘WalkingCat’ claims the company will sell Cloud PC in Medium, Heavy and Advanced versions.

(On the basis of those names, I can’t help but wonder if there will be a free Light tier for those who only occasionally need such access?)

According to the leak, the offering will consist of virtual CPUs equipped with variable amounts of SSD storage and RAM. The different tiers will be aimed at slightly different markets, with configurations that deliver the performance you need for data processing or high-bandwidth applications, and for regular work.

Remote Desktop Plus
As you’d expect, you’ll need to install Microsoft Remote Desktop to access the service, which is available for Macs, iPhones, iPads, Android, and, of course, Windows — including Windows running on ARM processors.

That’s no surprise, given this is how you currently access enterprise VMs or your own home PC from other devices. But Cloud PC sounds like a more elegant response to the perennial cloud computing challenges around the provision of persistent virtual hardware, application support, and user data.

Microsoft is pervasive
The move to introduce Windows PCs as-a-service across all platforms in this way is a big step that reflects the strategic vision Microsoft has developed under the leadership of Satya Nadella. That vision requires Microsoft to develop essential software and services for use across a multi-platform computing environment and to become pervasive.

The approach informs all its development. Take the company’s recent move to weave Microsoft Endpoint into the Mac-based enterprise with MDM tools from Apple and Jamf, or its rapid development of new features and tools for Office across all Apple products.

Microsoft has also been focusing on the development of web services. Microsoft Teams, for example, is based on a framework the company calls Electron.

“We build for the Web first, and then we take that code and apply it to all the platforms,” he said.

“What this allows us to do, that’s really important to the Mac community, is that as we roll out new capabilities these roll out across all platforms at the same time.”

The Apple Silicon & iPad Windows enterprise
Reading between the lines (which we shouldn’t), the notion that Microsoft now intends making Windows the equivalent of a web app capable of running across multiple systems should be great news to enterprise purchasers as they consider future hardware upgrades in our increasingly mobile,e and remote, new normal.

It should certainly provide some peace of mind to business users migrating to different hardware platforms in the event they must maintain support for legacy applications in a subsequent budget year.

It may also help motivate the development of new cross-platform solutions based on Microsoft’s enterprise-focused frameworks – particularly more secure implementations that rely on Azure/Endpoint.

One thing we don’t know is how or even when Microsoft intends unleashing its operating systems in this way, nor the extent to which it will tweak the user experience to reflect the UI of the devices they run on.

The mobile, remote, asynchronous, hybrid enterprise
Enterprises considering Apple Silicon Macs in the future will want to watch for more information on this matter, particularly if their business requires that they also run legacy Windows applications.

All we know now is that Boot Camp will not be supported on Apple Silicon and we don’t know whether firms like Parallels will be able to provide virtualized Windows to those Macs. Perhaps Microsoft intends to offer Cloud PC to those who need it, instead?

If so, then this may become a core building block for the emerging ultra-mobile, inherently remote, asynchronous, and hybrid enterprise.