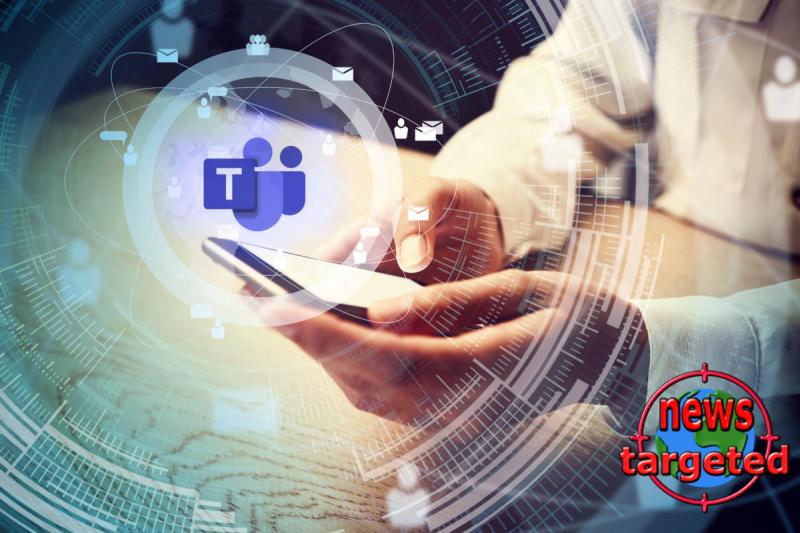 Teams Rooms Premium is a new a 24/7 management and monitoring service available from Microsoft and its partners; it costs $50 per device monthly.

Teams Rooms Premium is a new 24/7 management and monitoring service available from Microsoft and its partners; it costs $50 per device monthly.

Microsoft, which has seen the use of its Teams software rise amid the COVID-19 outbreak, has added new ways to manage Teams Rooms video conferencing devices, a move it says will help businesses connect office-based staffers with colleagues working remotely because of the pandemic.

“The workplace of the future will accommodate hybrid scenarios in which some people may work from the office while others may work remotely or some fluid combination of the two,” Jared Spataro, corporate vice president for Microsoft 365, said in a blog post on Tuesday. As a result, conference rooms will “serve as hubs for hybrid work in which everyone feels engaged.”

Among the updates at this week’s Microsoft Inspire event are new ways to manage Teams Rooms devices in the Teams Admin Center. Admins can now set up, view, and manage devices and peripherals such as cameras, displays, IP phones, and microphones from a single screen, as well as monitor call quality and other meeting activity. Microsoft said the move should reduce some of the burdens of administrating fleets of devices across an organization.

Alternatively, device management can be outsourced with Teams Rooms Premium, a 24/7 management and monitoring service available via Microsoft and its partners. Teams Room Premium costs $50 per device per month.

“The newly announced management capabilities for Teams Rooms highlight capabilities that enable flexibility and better support for remote workers,” said Raul Castanon, senior analyst at 451 Research / S&P Global Market Intelligence. “This is a trend that is here to stay.”

Following the pandemic-led increase in remote working, two-thirds of organizations (67%) expect expanded work-from-home policies will remain in place long-term or permanently, according to 451 Research’s Voice of the Enterprise: Digital Pulse, Coronavirus Flash Survey June 2020 report, a significant jump from the 38% that expected that in March.

“This will require that organizations plan their communications and collaboration strategy based on supporting flexible work arrangements and work from home moving forward,” said Castanon.

Video meetings within Teams have been a major focus for Microsoft in the wake of the pandemic, and the company recently launched its Together mode to improve engagement for remote teams.

Microsoft also announced that developers can now create application integrations for  Teams meetings, opening possibilities for new features, before, during, and after video calls, making them more interactive.

“For example, a third-party Agenda app could add a tab with an agenda in the pre-meeting window, a button to open agenda items on the meeting control bar, or a summary file or other type of object in the post-meeting chat window,” said Spataro.

Teams platform enhancements
There was also a range of updates aimed at enhancing Teams as a platform for productivity, including the ability to create low-code applications to simplify workflow processes. That includes the launch of Dataflex, a relational database that offers access to a range of data for the creation of low-code apps and chatbots.

Developers creating Power Apps and Power Virtual Agent chatbots can now create and access the apps and bots in Teams, and deploy them in one click.“The launch of DataFlex and the newly announced Teams apps meeting capabilities show that Microsoft is stepping up its game with a platform-based approach, enhancing the value of Teams beyond messaging and communications with tighter integration to applications and business workflows,” said Castanon.

Among the other Teams, platform updates are a PowerBI app for data visualizations and the general availability of Lists, and information tracking app unveiled at Build earlier this year; Lists will be available within Teams or as a standalone app.

There were also updates for Teams users who don’t spend their day behind a desk. A Yammer app called Communities is now available in the Teams mobile app to make it easier for frontline workers such as hospitality and healthcare staff to access Microsoft’s enterprise social network. Users can engage in organization-wide discussions, receive important company updates, and participate in Yammer communities.

Microsoft also announced that a walkie-talkie feature unveiled in January is now in public preview. Samsung has developed an Android smartphone that makes use of the push-to-talk function, while Jabra and others are building compatible headsets. Another previously announced feature – integration with RealWear head-mounted displays – is also in public preview, while the Shifts schedule management feature will be available later this year.

Pre-defined policies and settings that streamline management of frontline employees in  Teams are also now available.