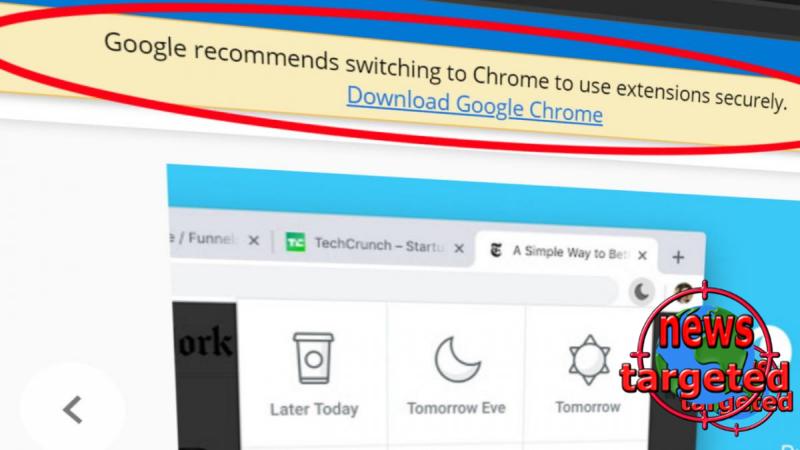 And now they end it.

And now they end it.

"If you use Microsoft's new Edge browser based on exactly the same platform as Google Chrome, Chromium, Google warns and hints that Edge is not a secure browser. Instead, they hope you download Chrome again. "

Google alert replaced with nicer Microsoft message
Now Google has quit the stunt after a good deal of technology media criticism, including us. Google never explained why Edge is potentially an insecure browser when installing extensions from the Chrome Web Store and has therefore chosen to remove the message.

Instead, Edge users are now meeting with a completely different message. The bottom line is that both browsers are built on the same framework and that a dangerous extension will affect both anyway.

This is the new message:
"You can now install extensions from the Chrome Web Store with Microsoft Edge."
Not only is Google changing its tone now, Microsoft has also changed the wording, serving users with the question of whether they want to allow extensions from other stores instead of a more cautionary note. Probably the two have talked and agreed on a truce. At least for the time being.