Gmail gives you a new feature

If you are a Gmail user who frequently takes advantage of the ability to forward emails, you can appreciate a new, small feature Google has added to their email service.

Attach as many emails as you want
Because they now have a feature that allows you to attach other emails as attachments, where you usually attach a document or a picture. Given that users actually take advantage of this opportunity, it becomes a kind of substitute for traditional email forwarding: instead, you can now simply and easily click on "forward as attachment".

The feature supports the so-called drag-and-drop for easy navigation, and the great advantage is that it is easier to forward an email to several people at once. Neowin writes that there is no limit to how many emails you can attach.

The new feature is gradually rolling out. If you are a G Suite customer, it is already available, while in so-called "Rapid" and "Scheduled" Release domains, they have to wait until the end of December and January 6 respectively. 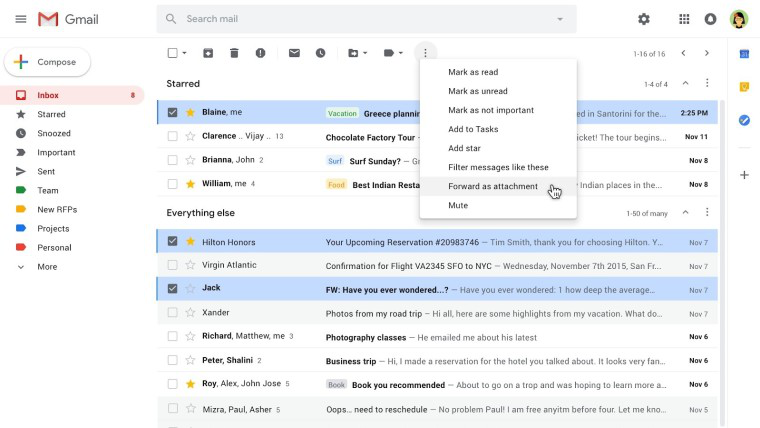