OnePlus can make a surprising comeback

This may be the OnePlus 8 Lite.

This may be the OnePlus 8 Lite.

The OnePlus 8 series is expected to arrive in the first half of 2020. In addition to the company working on a OnePlus 8 Pro model, the company also comes with its first mid-range mobile since the OnePlus X in 2015 - reports 91Mobiles.

Also Read: Is This OnePlus 8?

More affordable OnePlus 8 model
According to the website, OnePlus can introduce a OnePlus 8 Lite model that places the phone at a more affordable price range. In recent years, the company has focused only on flagship models.

Together with @OnLeaks, 91Mobiles has produced a 360-degree video demonstrating the design of the phone:

Punch hole camera, USB-C, but no headphone input
The video reveals that the OnePlus 8 Lite, or whatever it is called, has a completely flat screen with a punch hole camera in the middle and a rectangular rear camera setup. The setup consists of two cameras and several sensors. The phone, of course, also has a selfie camera. In addition, the phone gets a USB-C port on the bottom.

Note that the model has no headphone input.

OLED with built-in finger sensor
As 90Mobiles points out, the phone is similar to both Samsung's upcoming Galaxy S11, Note 10 Lite and Galaxy A91. The site estimates that the screen is at either 6.4 inches or 6.5 inches.

Based on information from @OnLeaks, OnePlus 8 Lite gets a finger sensor built into the screen, which also means the phone gets an OLED panel.

But are we talking about a 90Hz panel, or is OnePlus going for something lower as this is a mid-range mobile? 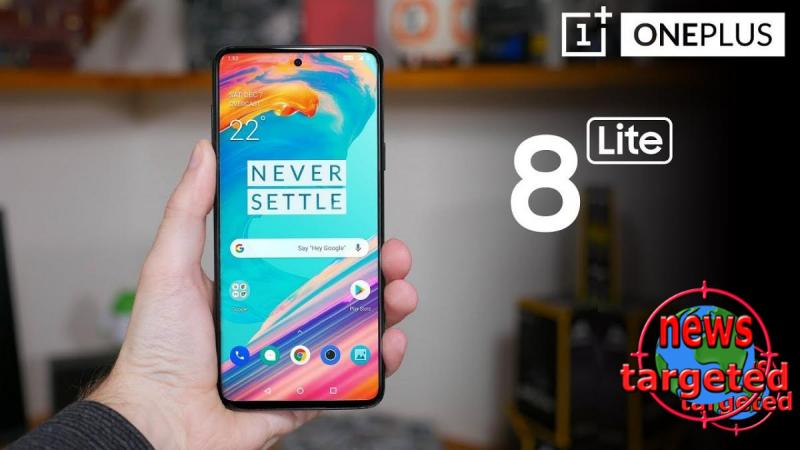