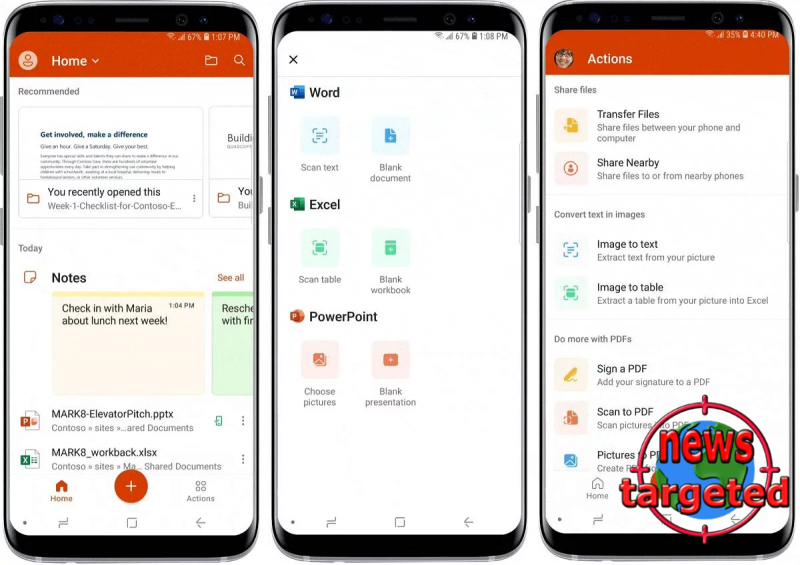 So far, Microsoft has had three separate apps for Word, Excel, and PowerPoint respectively.

But it will end soon. The company merges all the apps into a single app called "Office"

The app also comes with a new "Actions" panel that lets you sign documents on the go. In addition, the process of sharing files has been simplified and streamlined.

You can even download a trial version of the new Office app on Android. So can Testflight users who register as a beta participant.