Now PewDiePie has made it the only person: 100 million followers 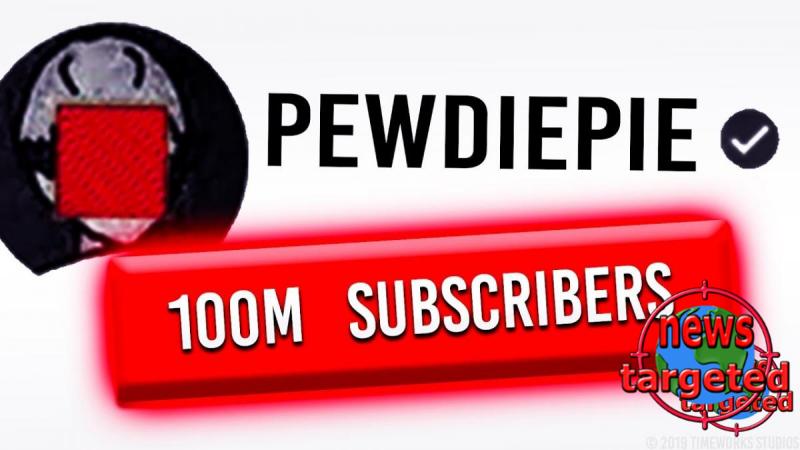 Swedish Felix Kjellberg, as the first person in the history of the network, has managed to hijack 100 million followers - that's a record for solo broadcasts like his.

First with 100 million as a solo production
He lost as well as known to the Indian T-Series to reach the same goal (they managed it on May 31 this year), but it's not a one-man thing, like PewDiePie's channel, so this is quite impressive, not least considering second place has 60 million (5-Minute Crafts).

It is also clear that Kjellberg's focus on once again producing Minecraft clips is what catches the most with 10 million views after a week and sometimes after just a few days.

YouTube needs to be covered Kjellberg
It also means that YouTube still has to do its best to stay on Kjellberg, which they have disagreed with over a number of different situations over the past couple of years.

Anyway, Google / YouTube has to do what they can so that their biggest personality doesn't disappear into a competing platform like Ninja did with Amazon Twitch when he stuck to Microsoft Mixer.

Watch YouTube's tribute to "Pewds" and his very first upload, of course, a Minecraft clip: 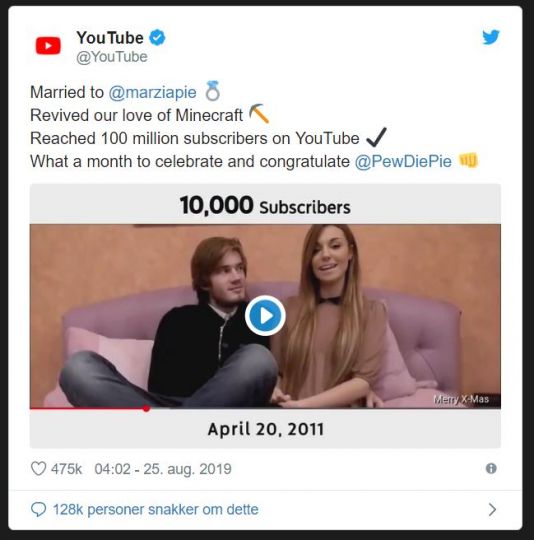