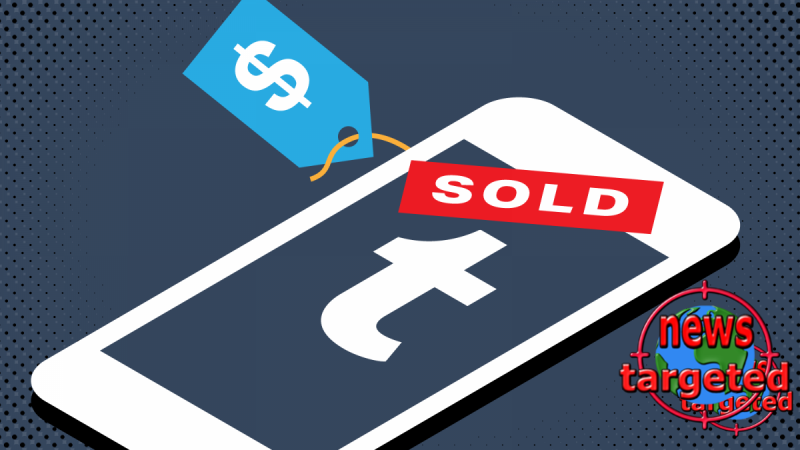 Verizon announced tonight the sale of the blog platform Tumblr to Automattic, the company behind WordPress. It is the sales price that makes most people a little apprehensive: from several sides, it is stated that Automattic takes over the company and its 200 employees for under three million dollars, ie about 25 million Norwegian kroner.

That represents only a tiny fraction of what Yahoo announced for the platform in 2013, with close to NOK 10 billion. In addition, the WordPress owner gets 200 employees. 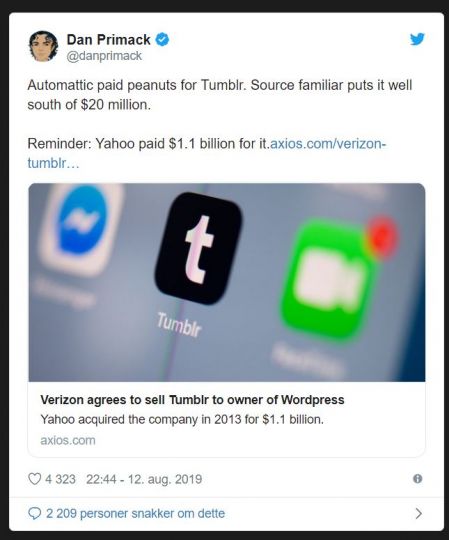 Was removed from the App Store
By and large, Verizon does not seem to be particularly affected by the sale, and in recent times there have been indications that the company would only get rid of the hassle that is Tumblr, and that price has not been a particularly important factor in the decision. It is expressed in The Wall Street Journal's posting where they quote people with knowledge of the topic.

Last December, Tumblr dominated the news scene as they announced the news of removing all adult-related content that could be perceived as pornographic material after having its application removed from the App Store. It should continue this way, according to Automattic chief Matt Mullenweg.

In an interview, Mullenweg says that he himself has been a Tumblr user for a long time and that the platform can now be considered complementary to WordPress.

"It's just for fun," says the Automattic boss. No drastic changes are expected in any of the platforms at first.