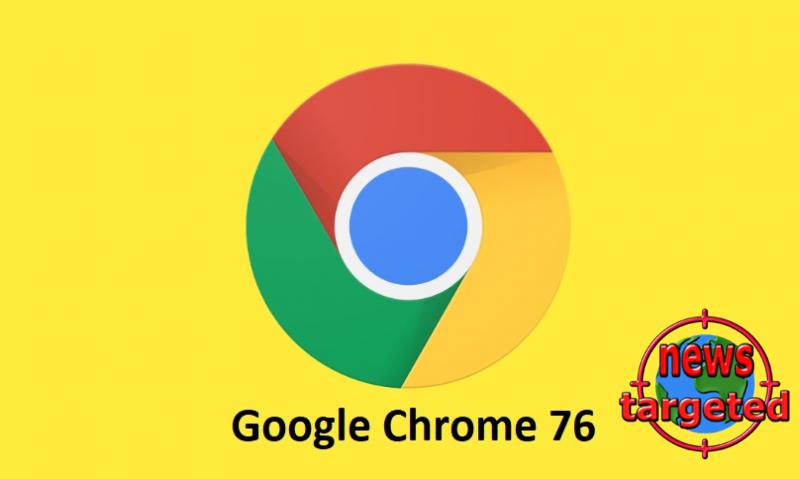 Google has launched the latest version of its Chrome browser. With Google Chrome 76, the tech giant has addressed 76 security vulnerabilities. Moreover, it has also put an end to Incognito Mode tracking by websites.

Google Chrome 76 Ends Incognito Mode Detection
With Google Chrome 76, Google has introduced a valuable change for its users. It has put an end to the tracking of private browsing mode for the websites.

Until recently, it was possible for the websites to detect when a visitor reached them while browsing in Incognito Mode. This allowed websites to force the users to leave private browsing mode. However, Google has now remedied the “loophole” allowing such detection.

The tech giant first announced this move in mid of July 2019 in a blog post. As explained,

Chrome’s FileSystem API is disabled in Incognito Mode to avoid leaving traces of activity on someone’s device. Sites can check for the availability of the FileSystem API and, if they receive an error message, determine that a private session is occurring and give the user a different experience.

Eventually, Google announced a patch for this problem with Chrome 76 by changing the behavior of the FileSystem API.

As for websites using such this detection to prevent users from circumventing metered paywalls, Google recommends making changes.

Adobe Flash Killed
With the release of Chrome 69 in 2018, Google reiterated its plan for ending support for Flash by 2020. Now, with Chrome 76, Google has turned off Flash Player by default. Nonetheless, users can still choose to turn this option on when needed. As announced,

Flash will be disabled by default, but can be enabled in Settings at which point explicit permission is still required for each site when the browser is restarted.

In January 2019, Mozilla also announced a similar change with the release of Firefox 69.

43 Security Patches Also Released
Apart from the key changes discussed above, Google has also released numerous security fixes with Chrome 76. The vendors reportedly patched as much as 43 different bugs. As stated on their update page,

The Chrome team is delighted to announce the promotion of Chrome 76 to the stable channel for Windows, Mac and Linux… Chrome 76.0.3809.87 contains a number of fixes and improvements.

Out of the 43, around 16 vulnerabilities caught Google’s attention from the reports of external researchers. These include 5 high-severity vulnerabilities, 4 medium-severity flaws, and 7 low-severity bugs.

Since Chrome 76 is now available, users must ensure updating their devices with the latest browser version.