Mozilla Thunderbird gets faster and gets finer designs

The Mozilla email client is upgraded.

It's far from anyone who knows Mozilla's Thunderbird project and two years ago, the company decided to separate the developer team for Thunderbird and Firefox.

The Mozilla email client is upgraded.

It's far from anyone who knows Mozilla's Thunderbird project and two years ago, the company decided to separate the developer team for Thunderbird and Firefox. Despite this, the e-mail client is getting bigger updates, such as Thunderbird 60, which was released last year and which, among other things, introduced a new icon and support for both light and dark theme.

More developers
In 2019, it does not seem that the developers are on the sidelines because, in a blog post, Mozilla has explained a roadmap that lays the path for how the project is to be further developed. The plan is to put even more developers in the group - with fourteen full-time developers, they have ambitions for great things for the project, where they start with the performance and take it from there.

Thorough overhaul
The email client gets an overhaul where the first problem they are trying to fix is an error that slows down the interface, and the client should be upgraded with new and faster technology where parts of the program will be built from scratch. It will also work on support for multiprocessing that was introduced last year to Firefox.

In addition to error correction and performance enhancements, the team should make the program finer to look at with better design solutions and interfaces. Among other things, this means better support for features that specifically target Gmail accounts and support for notifications directly in the operating system.

The post can be read in its entirety here. 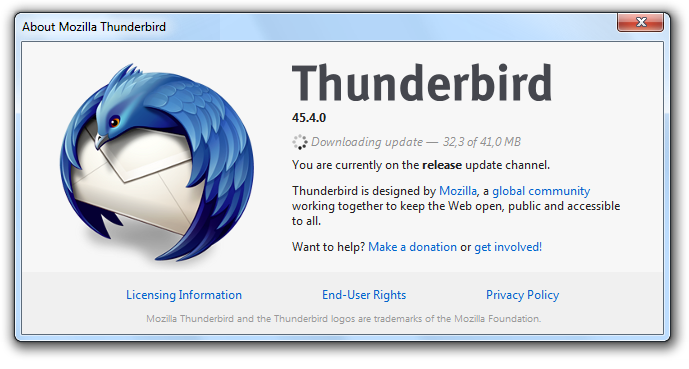