MICROSOFT'S hugely-popular email client, Outlook, is suffering a monumental outage, with thousands of email users reporting problems accessing the email client, logging into the service, and sending and receiving emails.

MICROSOFT'S hugely-popular email client, Outlook, is suffering a monumental outage, with thousands of email users reporting problems accessing the email client, logging into the service, and sending and receiving emails.

A spokesperson for Microsoft told Express.co.uk, “we are aware of reports that some users are having difficulty signing in to some services. We are investigating this issue.”

Outlook is down for users across the globe.

Thousands of Outlook users have reported issues accessing the email service, with many left confronted with an error page.

Outlook users across the UK, Europe and United States have reported problems accessing the service.

The issues with Outlook were first reported around 12:00 GMT.

But despite the ever-growing number of reports across social media, Microsoft has yet to acknowledge the issue. 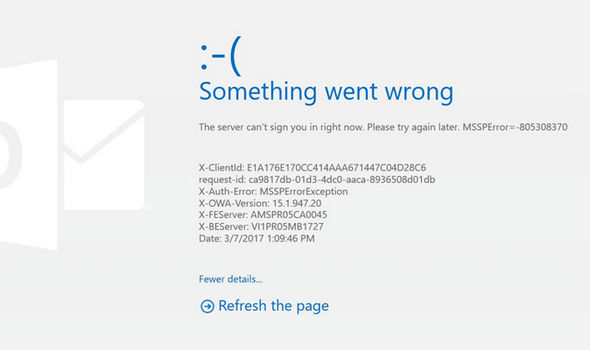 The Redmond-based technology company's own service health website, which is designed to show the status of its online services, including those that are currently experiencing difficulty, currently shows no sign of the reported outage.

"Everything is up and running," it reads.

The US technology firm has confirmed the issues with the online gaming service. 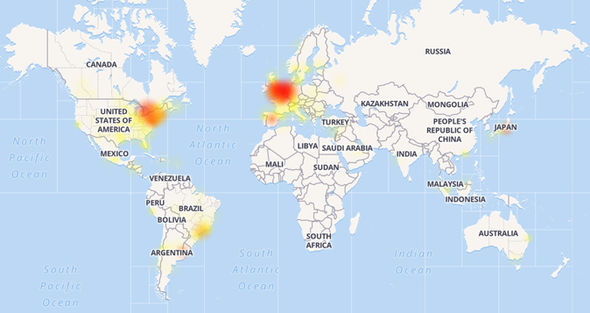 Independent website Down Detector, which measures social mentions around a certain topic to track outages across the globe, shows problems with Outlook across the globe.

According to the latest statistics from DownDetector, some 60 per cent of those who are experiencing the Outlook outage cannot login to their email.

Enraged customers have flooded social media to complain about the issues surrounding Outlook.

One user tweeted: "please fix the server I can't get anything done"

One Outlook user posted a message to the official Outlook Twitter account that read: "Any ETA on the servers coming back up?

"I use several accounts for business and will be losing business if I can't respond."