The "Your Phone" feature has been supported by several mobile phones

Microsoft no longer offers its own mobile phone or hardware operating system for that matter, but they are not ready to give up the mobile venture yet.

Works on multiple phones
The initiative comes in the form of Your Phone which today has received an update to bring in more smartphones to the party, and the new features include synchronizing notifications between your phone and PC: 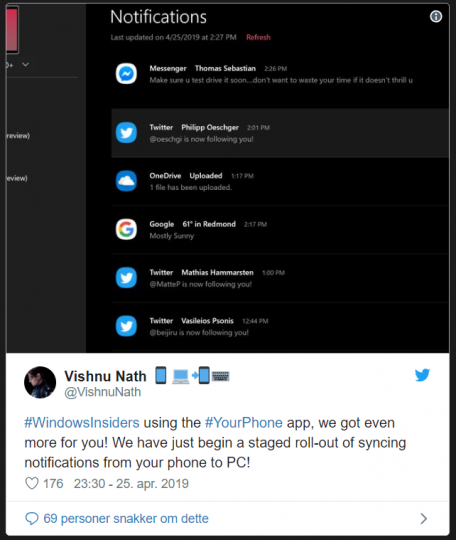 For Windows Insider users, it is now possible to settle with the Phone Scree feature on OnePlus 6 / 6T and a variety of Samsung phones: S10, S10 + and S10e in addition to Note 8 and Note 9.

The department that manages with Your Phone development plans to put in place a dynamic between smartphone and PC that surpasses that found on Mac and iPhone.