Two men have been placed under formal investigation over the murder of a priest in a Normandy church, including a cousin of one of the killers.

Two men have been placed under formal investigation over the murder of a priest in a Normandy church, including a cousin of one of the killers.

Farid K, 30, a cousin of attacker Abdel Malik Petitjean, was arrested on suspicion of "terrorist association".

The other man, Jean-Philippe Steven J, 20, was put under formal investigation for allegedly attempting to travel to Syria in June with Petitjean.

Petitjean and accomplice Adel Kermiche, both 19, were shot dead by police.

They had interrupted a church service in Saint-Etienne-du-Rouvray, near Rouen, last Tuesday, taken hostages and slit the throat of Father Jacques Hamel, 86.

The Paris prosecutor's office said both men arrested on Sunday were being held in custody.

The development came as Muslims across France attended Catholic Mass in a gesture of solidarity after the murder. 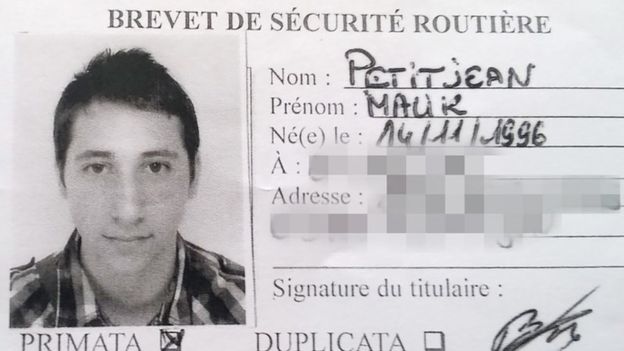 France's Muslim council, the CFCM, urged Muslims to show "solidarity and compassion" over the killing.

Petitjean had been on a watch list as a potential security threat since June after trying to enter Syria from Turkey.

Adel Kermiche was also known to the security services.

So-called Islamic State (IS) released a video of what it said were the two men pledging allegiance to the group.